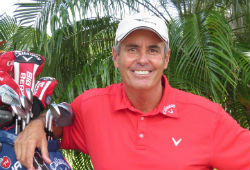 Veteran Australian, Ian Baker Finch, has more than 17 titles to his name - including his magnificent British Open triumph at Royal Birkdale in 1991, where his final round of 66 ranks as one of the greatest ever in major championship golf.

By lifting the Claret Jug, the amiable Aussie joined Peter Thomson, Kel Nagle and Greg Norman as only Australia’s fourth man in more than a century, to win golf’s most prestigious Championship.

Since then, he has successfully turned his hand to golf course design, management and TV commentary.

Known for his easy-going manner and his love for the sport, Baker-Finch is without a doubt a worthy recipient of World Golf Awards’ Lifetime Achievement Award.